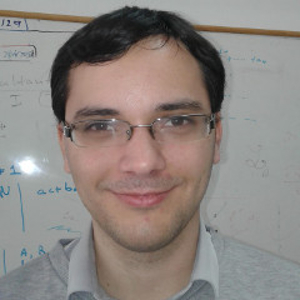 We design algorithms and develop implementations for powerful implicit representations, and methods to obtain them from other representations. Sparse implicitisation reduces geometric operations on curves and (hyper)surfaces to manipulating an interpolation matrix. The method relies on a point sample on the object, given in two alternative representations:
Parameterised objects: Sparse implicitisation by interpolation has been studied in a series of articles by the supervisor and his team, e.g. [1,2]. This PhD advances the state-of-the-art in one or more of the following ways: (i) numerically improve the definition of the implicit equation, (ii) handle objects of higher codimension, namely space curves, (iii) exploit information about the normals to the curve/surface. In collaboration with SINTEF (and INRIA) we juxtapose the method to other approaches, including those developed in ESR4, ESR8.
Point clouds: Modern technology, such as scanners, is increasingly leading CAD developers to represent objects as point clouds, which offer flexibility for web applications. RISC-Software (also Missler) studies point samples defining solids swept along a path, and the resulting triangular mesh. Our goal is to reconstruct approximate boundary surfaces by point sampling with feature-aware distribution, segmenting the mesh to a graph of implicit, low-degree patches based on surface fitting, and recovering geometric features like edges or corners, for NC tool verification (cf. ESR2).

The project will take place at ATHENA RC under at the ErGA Lab. The PhD will be awarded by the Dept. of Informatics and Telecoms of the University of Athens.