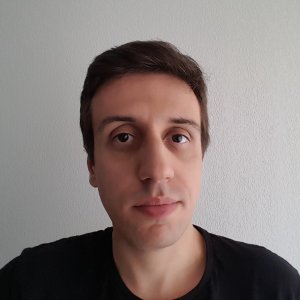 I graduated from the department of Naval Architecture and Marine Engineering at the National Technical University of Athens in 2015. I am currently studying for a PhD at University of Strathclyde in Glasgow under the supervision of Professor P. Kaklis. My research focuses on developing a Boundary Element solver for the problem of the propeller steady-state potential flow by utilising the novel concept of Isogeometric Analysis. My research interests include marine hydrodynamics, computer-aided design and numerical methods for engineering problems in general.

Project: An Isogeometrically enhanced CAD-CAE tool for analysing the effects of shape modifications

Design of engineering systems is becoming increasingly complex and demanding due to a plethora of requirements regarding efficiency, economy, safety, comfort and lower-carbon footprint. Realistic simulation of the associated physical phenomena, processes and subsystems places a premium on tightly integrated Design-Through-Analysis (DTA) tools. According to a study undertaken by T. Blacker, Manager of Simulation Sciences at SNL (Sandia National Labs), almost 80% of the overall model and analysis time is devoted to the creation of analysis-suitable geometry and meshing. Decreasing this 80% substantially is vital for developing optimisation frameworks that can provide robust results in reasonable time scale.
The aim of the proposed PhD thesis is to enhance a commercial CAD-CAE tool (CADfix), developed by our industrial partner TranscenData, with isogeometric (IGA) functionality, that will enable the low-cost construction of geometrically accurate and locally refinable meshes suitable for isogeometric (IGA) BEM/FEM solvers. The new functionality will be also exploited for improving the meshes used by conventional BEM/FEM solvers through improving their geometric accuracy and reducing their spatial redundancy.
The IGA-enhanced CAD-CAE tool will be used for handling two challenging research problems: (a) Modelling and analysing the effects of shape modifications on the performance of the ship-hull-propeller or renewable energy-device system through the development of novel T-spline IGA-BEM solvers. (b) Automatic construction of geometrically accurate and locally refinable T-/LR-spline based volumetric meshing of complex computational domains such as the 3D domain bounded by the stern of the ship hull, her propeller and their appendages or the 3D domain interface between a fluid and a deforming structural domain, which arises in various industrial applications, such as the aero/hydro-elasticity problem of large scale wind/tidal turbine, and ship propellers.The project will take place at the Dept of Naval Architecture, Ocean and Marine Engineering, U. Strathclyde.