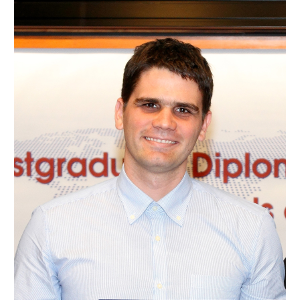 Research
My main research interest is commutative algebra and its interactions with alge-
braic geometry and combinatorics. I like topics related to blow-up algebras, local
cohomology, syzygies, regularity and edge ideals. I am particularly interested in
the relation between of blow-up algebras and some criterions for the birationality
of rational maps.

This project is at the crossroad of commutative algebra and geometric modelling. Detection and analysis of singularities of curves and surfaces are at the core of Computer Aided Design of shapes. The aim of this PhD proposal is to approach this geometric problem with tools of Commutative Computational Algebra which are being explored at this moment with very satisfactory results. More concretely, we will study the relation between parameterisations of curves and surfaces and algebraic features of the module of syzygies (or higher syzygies) of the coordinates of the parameterisation. This “geometry of syzygies” approach is a rich research area in commutative algebra which already provided interesting and promising results in the case of plane curves, and we expect to extend its results to surfaces and spatial curves.
The algebraic parallel of these algebraic moving ideals are the blow-up algebras. The ubiquity of these algebras has directed us into the theory of D-modules, where we have found interesting connections between system of differential equations and the equations of the moving ideals. Also, we have applied these algebras on relating combinatorial properties of graphs with algebraic properties of its edge ideals.
The final goal of this project is to unravel these results for space curves and surfaces, highlighting those that would provide applications in geometric modelling and visualisation. It is also expected to find more compact formulas for implicitisation of rational parameterisations, which we also expect to achieve.
The project will take place at the Mathematics Dept of the University of Barcelona.

Secondments will take place at INRIA (Sophia-Antipolis, France) and at JKU (Linz, Austria).