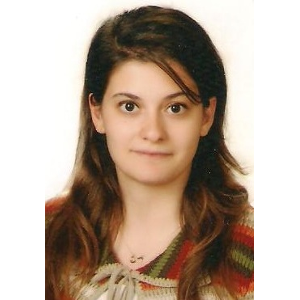 My research interests focus on methods describing the distance between a point and an algebraic rational surface or a curve. Since October 2016, I am a Phd student in Aromath group, in Inria Sophia Antipolis Méditerranée in France. I did my BSc studies in mathematics in Galatasaray University in Istanbul/ Turkey (2013) and my MSc studies in general mathematics in Luxembourg University in Luxembourg (2015).

Computing the orthogonal projection of a point onto a NURBS curve or surface is a critical problem in geometric modelling that allows, for instance, to determine closest points. State-of-the-art approaches are mainly based on a “flattening” step which provides an initial guess that is refined by applying Newton-Raphson’s method. The main difficulty here is to get good initial values for which Newton iterations will converge successfully. In order to avoid it, we propose to develop a new algebraic approach based on the use of matrix representations of Bézier patches. This representation has been designed to provide an alternative implicit representation that allows not only to replace the classical polynomial implicit equation, but also to answer the point inversion problem, i.e., the computation of the parameter value of a given point on the Bézier patch. Given a Bézier patch, one builds a matrix whose entries are typically linear forms in the variables of the ambient space and such that its rank drops exactly on this patch, yielding a new matrix-based implicit representation. Besides the fact of being almost always valid, these representations can be very easily coupled with numerical linear algebra and hence provide a very interesting tool for treating geometric problems in the context of approximate computations.

The goal of this PhD topic is to develop new algorithms for solving the closest point problem by means of matrix representations. Taking into account that inversion can be solved by matrix representations, the main idea will be to rely on inversion of a parameterisation which is built from the normal lines of a Bézier patch (normal congruence maps). As a natural extension, the second objective will be to investigate new methods for computing distances between two distinct Bézier patches, which has important applications in geometric modelling, but also in other areas. The theoretical aspects of matrix representations, in particular the complexity of this approach (in terms of computations and size) and their generalisation to toric Bézier patches will be investigated in collaboration with the University of Barcelona.  The new distance function will be analysed and experimented on geometric problems, such as surface fitting, in collaboration with the Missler company.

The project will take place at Inria Sophia Antipolis, in the team GALAAD. The PhD will be awarded by the University of Nice.

Secondments are planned at the U.Barcelona (Barcelona, Spain) and at industrial partner Missler (France).