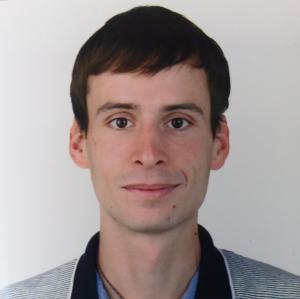 Develop an algebraic framework for the design and computation of motions performing prescribed tasks. The motions can be generated by a mechanical linkage, for instance an open kinematic chain, or by a parallel kinematic loop actuated at one or several joints. The mathematical foundation that makes this possible is the theory of motion polynomials (see G. Hegedus, J. Schicho, H. Schrocker: Factorisation of Rational Curves in the Study Quadric and Revolute Linkages, Mech. Mach. Theory 69,2013), which are polynomials with coefficients in the dual quaternions.
An essential idea of CAD is the use of control structures, for instance control points. The designer adapts/optimises a shape by adjusting elements of the control structure, which defines the shape that is then calculated in real time by algebraic algorithms. The situation is more complicated when we deal with movable linkages (kinematic chains); here we also have to cope with phenomena such as unexpected mobility.
In this project, we aim for an algebraic framework with algebraic interpolation algorithms for computing motions directly from a control structure with maximum flexibility. A candidate is the theory of motion polynomials mentioned above.
Already for planar linkages, the flexible graphs form a large family of linkages which are on the one hand known to be universal in the sense that they can, in principle follow arbitrary curves, and on the other hand combinatorically quite challenging. The goal is to understand the combinatorial structures causing mobility and to develop an algebraic language to describe the rich phenomena arising in this field.